Next Speeding up the front-end of the Tpay platform

To create a platform that makes it possible to track the statistics from the social media channels of artists and influencers.

We’ve developed and launched a worldwide successful platform monitoring the activity of thousands of profiles in social media and the reactions to and comments posted under videos.

The platform got an honorable mention on AppSumo, with as many as 286 highest ratings! 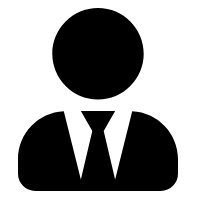 “It was the second project that we worked on together, so the level of Webini’s skill, professionalism, and engagement was not something we weren’t aware of. What impressed us most was that their dedication and persistence were exactly the same as in the case of our first project. Nothing changed in this respect. Webini consistently prove their worth at every stage.”

An end-to-end implementation of a complex and advanced social video intelligence platform from scratch.
ViralStat is a tool that tracks and analyses the statistics of millions of videos posted on YouTube, Instagram, and Facebook, and hundreds of thousands of profiles, posts, and images published in social media.

ViralStat is a BigData platform designed with brands, agencies, influencers, and video content creators in mind.
It is used to evaluate the potential of the content and profiles present in social media networks and websites – it fetches data from Facebook, Instagram, and YouTube.
It offers real-time analyses and insight into historical data concerning the popularity of videos, profiles, posts, and photos published across various social media platforms.
The platform users may monitor the popularity of their profiles, channels, and content, follow the activity of their competitors and compare their statistics with others.
ViralStat makes it possible to search for trending content and for inspiration for one’s own content, to forecast trends in one’s area of business, or to look for influencers to partner with.
Every day the platform collects information and compilations of the most popular content the user can filter according to location and time frame and sort according to the number of views, subscribers, comments, and engagement level.

A Gap in the video marketing market

Businesses and influencers see video content as one of the marketing instruments designed to promote their brand, increase their reach, and boost the level of engagement among their audiences. As a matter of fact, until recently no content creator has had access to a solution that would help them monitor their achievements or track the results of their competitors in the area of video marketing. Industry experts have had to rely on their intuition or switch between a range of different tools and spend a lot of time on collecting dispersed statistical data.

The issue became apparent some time ago to Marcin Dudkiewicz, strongly engaged with the online marketing industry. He conceived a solution that would make it possible to collect statistical data from social media and published videos in a quick and easy way. He needed someone to turn his idea into a fully functional product.

Our goal was to create an advanced analytical tool that would help marketing professionals and influencers collect and interpret data concerning the reach and the potential of the content published online. We addressed Webini with a request to design the solution, to implement our idea, and then to expand and manage the platform.

Our hearts started beating faster when we found out that we would be building an advanced social video intelligence platform from scratch. We expected it to be a multifaceted and highly engaging task. We were to create a tool that would query about, collect, and process hundreds of millions of pieces of data from YouTube, Facebook, and Instagram – in real-time, and store historical data.

The initial objective we and the originators of the idea wanted to reach was to establish a database of videos and profiles/channels and to create a system to analyze and generate statistical data.

Millions of pieces of data to process

We had to find a way to efficiently manage huge datasets and the related operations performed using those datasets. We also knew that the platform would grow with time, that it would evolve offering new features and posing new challenges. We decided to build ViralStat based on DNA Framework in order to make it scalable and easily upgradeable in the future.

Keeping that in mind, we proceeded with a pre-implementation analysis. Our analysts produced a complete functional and technical specification, a service architecture diagram, and a development plan together with budget estimates. The originators of the idea received also a clickable prototype that let them ‘experience’ and try out their concept hands-on.

The compiled documentation enabled us to engage in further talks on the development of the platform and on the changes to be implemented even before the development works started.

In the meantime, we assembled a project team composed of a scrum master, a project manager, a team of software developers and testers, and a contract UX/UI graphic designer.

After the last cup of coffee with the analytics department, we provided the said team with a complete set of implementation guidelines.

The platform is based on an extensive back-end infrastructure. ViralStat standardises data coming from three totally incompatible social media platforms. The systems fetch data from nearly 1,000 parallel channels, updating the database with 350 new records per second on average. It takes only a few seconds for the platform to generate a tabular compilation based on over 4 TB of data.

The adopted back-end solution enables the platform to offer its user a broad range of statistics in just a few seconds – including both historical and recently collected data.

ViralStat fetches data from the APIs of social media platforms (YouTube, Facebook, Instagram). The platform feeds its databases with information about publicly accessible profiles and publicly available videos – i.e. ones that have not been hidden from the public view by their users/owners at the social media platform level (by changing the privacy settings). The users of the tool can also add profiles, videos, posts, or photos to the database themselves by providing the relevant source URLs.

We launched the platform after a few months of development works. It had been doing its job since day one already before the launch. ViralStat was put into operation with an impressive database including thousands of profiles and millions of videos.

The platform updates the data on an everyday basis. Its users can take advantage of real-time tracking of the statistics for the content of their choice. This is possible thanks to the Power Tracking feature, which updates the data concerning selected profiles or videos every several hours. The platform generates statistics and performs in-depth analyses in just a few seconds.

Setting up the ViralStat platform has significantly boosted and enhanced our business. And I think we’re not the only ones – the tool is surely useful to many companies whose daily operations involve analyzing data from various social media platforms.

Since 2016, the time when the platform was launched, we’ve upgraded it to a significant extent, added new features and improved the existing ones.

At present, the video database is almost ten times larger than on the day when the platform was launched. The tool generates statistics based on hundreds of thousands of social media profiles and millions of videos, posts, and photos. ViralStat is used by influencers, agencies, and brands from across the whole world.

The platform has quickly gained a big following. In the first month after its launch, it had almost 300 5/5 ratings on AppSumo

We’re happy and proud to have been involved in the creation of a tool that facilitates the daily operations of video marketing professionals since the very start. It’s a real pleasure to read the reviews posted by ViralStat users.

Speeding up the front-end of Helikon-Tex.com eCommerce platform

Reducing the loading time of the home page from 4 to less than 2 seconds and subpages of categories and products from 7 to 2.5 seconds.

Development of a marketing platform

Creating a fully functional marketing platform with dynamic adaptation of content to the behaviour and needs of its users.

the solutions implemented into the platform translated into new clients

Feature migration to version 2.0 of the system

Moving the existing platform to a new, clear structure 2.0. Complete elimination of technical debt, paving the way for scalability and arranging for an option to develop the system without limits.

We use cookies to ensure that we give you the best experience on our website. If you continue without changing your settings, we'll assume that you are happy to receive all cookies on the Webini website. However, if you would like to, you can change your cookie settings at any time.